T’was a day for warriors, knights, lords, squires and pages! When jesters, heralds and ladies had a chance to shine!  Come one and all, t’was a Medieval Day to remember. 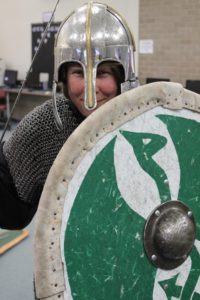 Performers from the Ancient Arts Fellowship made known to the gathering the three cultures of the time – the Anglo-Saxons, Vikings and Normans -all of whom set their sights on the English throne in 1066.  Sections of the Battle of Hastings were rehearsed and practiced anon with one soul playing the fateful role of Harold Godwinson on Senlac Hill.  Amid cries of, “You killed our History teacher!” and “Yay! Now we don’t have to any more work!” said poor soul lay stricken on the battlefield as the huscarls tried to stave off once last advance by the Normans.

Meanwhile, in the kitchens, a valiant group of mothers were getting all the victuals organised for our Medieval Feast.  To be sure, the smells of hot spiced apple cider, roasted meats and other yummy treats were warming the “cockles” of our hearts.

Without further ado, we retreated from the field of battle and our guest actors occupied the high table for our sumptuous fare.  The feasting time would not be a feasting time without 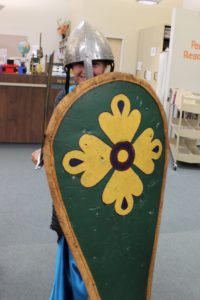 entertainment.  Our Jester entertained us with some jokes and juggling.  My Lord Baron then chose two worthy squires, had them swear fealty and to uphold the code of chivalry before knighting them with all pomp.

Peasant to page, knight to knave were then given the rare boon of trying on m’lord’s chain mail, helmet with an array of shields.

After a hearty offering of sweet meats, we bid farewell to our guests.

T’would be remiss not to proffer thanks to all those who laboured for this gathering. 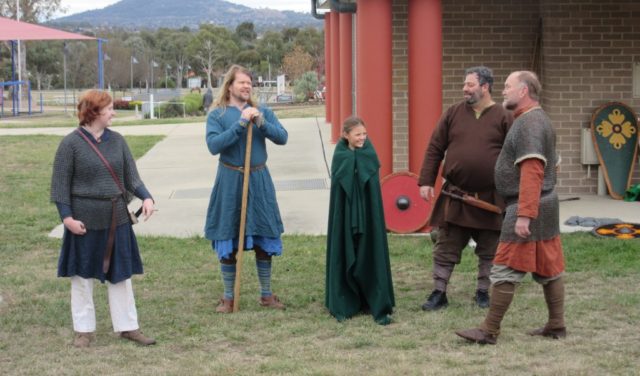 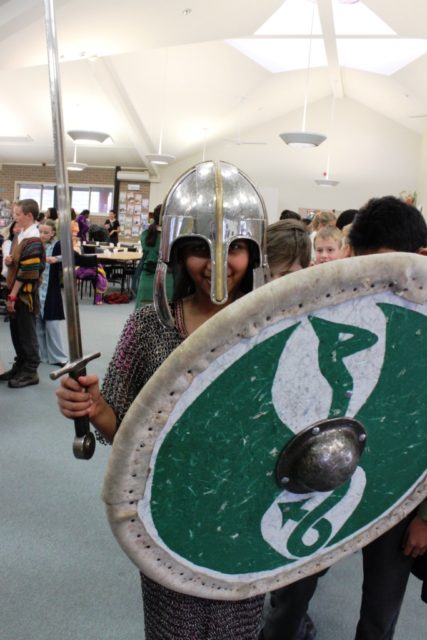 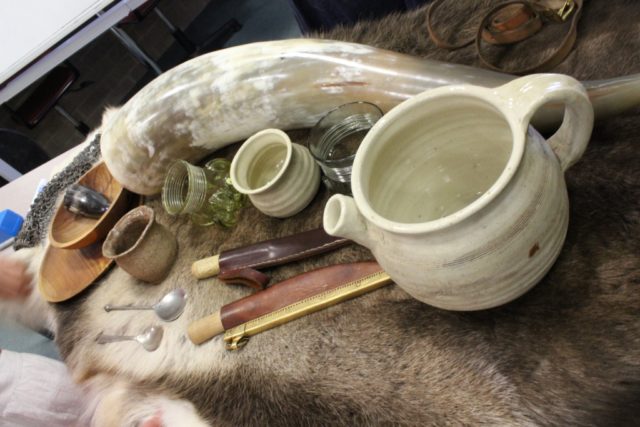